The City of Glenn Heights recognizes our diverse populations through various celebrations and programs. During the month of February, we recognize and celebrate Black History Month. Visit our social media pages to engage in educational games and learn fast facts. Also, join us at our annual Black History Month program. 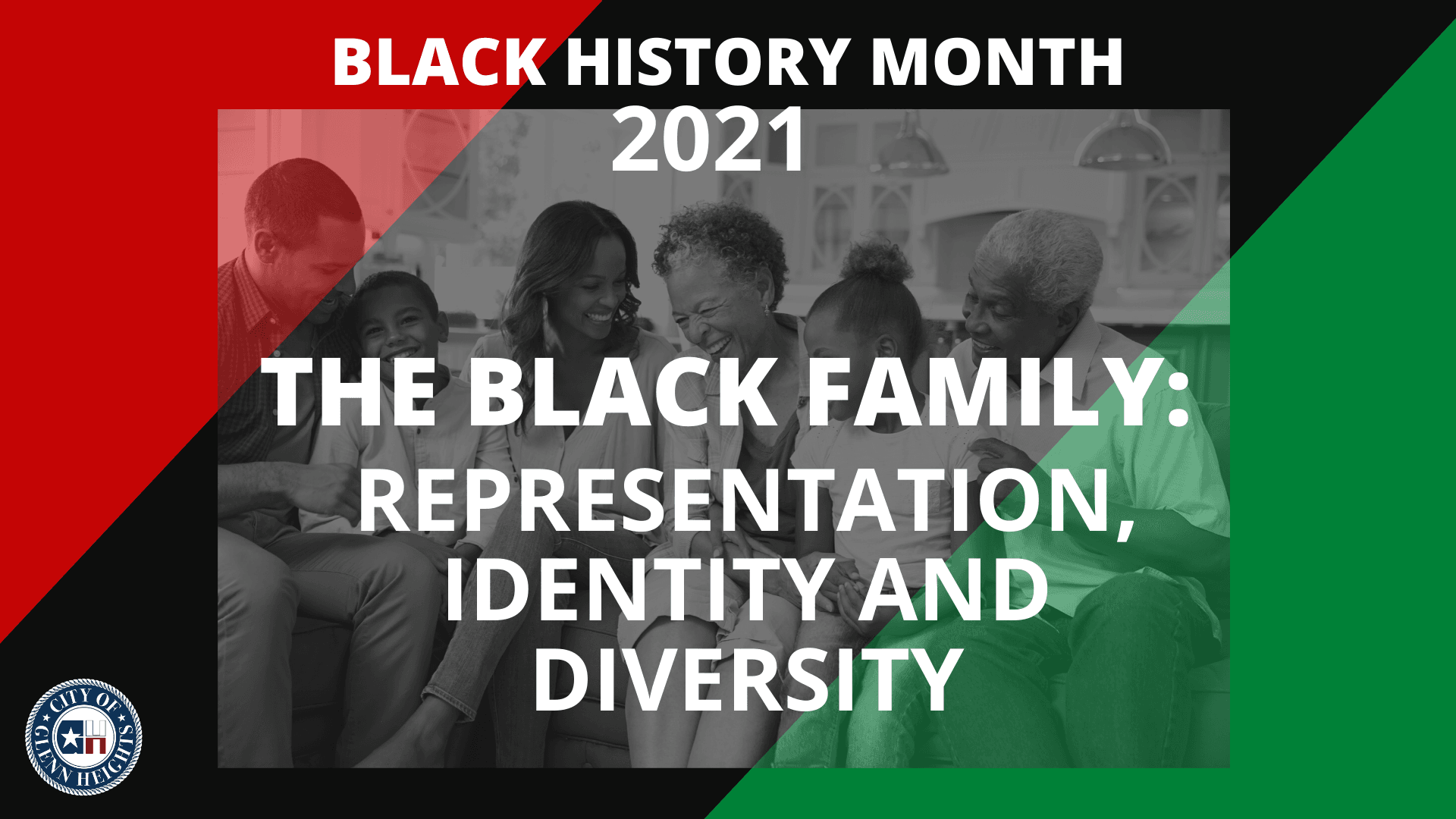 On the first Friday of the month, February 5, 2021, we will reveal the community-centered, Social Justice Art Mural, which not only celebrates the diversity of the residents of Glenn Heights, but also recognizes the lives of those impacted by societal injustices.

Throughout the month, we would like to feature various community members that are Changemakers in the community.  If you anyone that has created change or contributed greatly to the progress, representation, identity and diversity within your neighborhood or the larger Glenn Heights community, please share their name and story with our Community Engagement staff, lauren.lewis@glennheightstx.gov, for a feature this month.

As we celebrate Black History Month, the City of Glenn Heights is pleased to announce the completion and unveiling of the Social Justice Public Art Mural at Heritage Community Park.  The mural, designed by Dallas-based portrait artist Carl Hess, was approved and commissioned by the Glenn Heights City Council on October 6, 2020.  The three-sided mural was designed on the sides of the park concessions and restroom facility and depicts portrait images of 16 recognizable, slain black and brown victims aligned with the Black Lives Matter movement.  The mural also features a large, heart-shaped word cloud and an immersive protest image that helps to depict the social dynamics that have defined the last decade.

In 1926, Black History Month was first established as Negro History Week.  Woodson selected February to encompass the birthdays of two great Americans who played a prominent role in shaping black history, named Abraham Lincoln and Frederick Douglass, whose birthdays are the 12th and the 14th, respectively.  In 1976, the recognition period expanded from one week to Black History Month.  Since the mid 70's every sitting President has recognized the Association for the Study of African American Life and History's (ASALH® ) annual theme.  The 2021 theme is The Black Family: Representation, Identity and Diversity.  Celebrate with the City of Glenn Heights as we recognize Black History all month long.